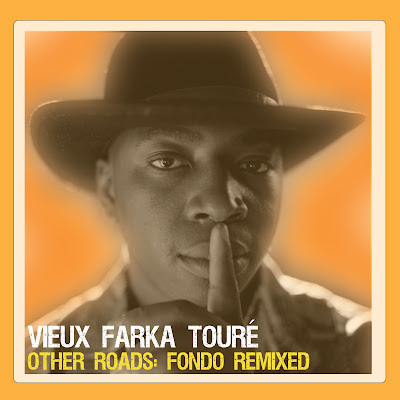 For those who forgot… Vieux Farka Touré, despite his name (vieux = old in French) is not Ali Farka Touré ancestor, but his own SON!! He’s been on the road pushing his dad’s legacy worldwide, and even counts Ahmed Fofana as one of his musicians, often his small orchestra’s conductor actually. On this one he gets the electro treatment courtesy of Sabbo, our favorite kuduro inspired Israeli producer, who’s already done damage with the Ze Bula remixes. This one being the track Fondo, coming out on Six Degrees. Read about it here or download the remix directly: