“The Hand of God” 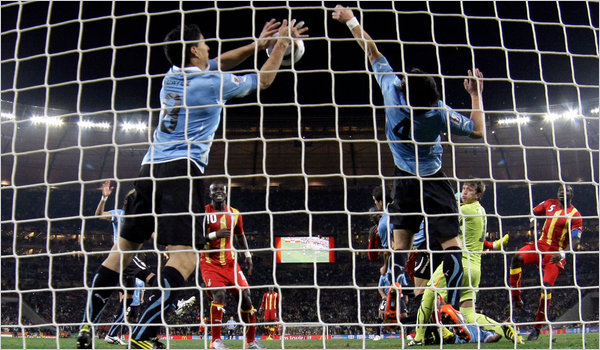 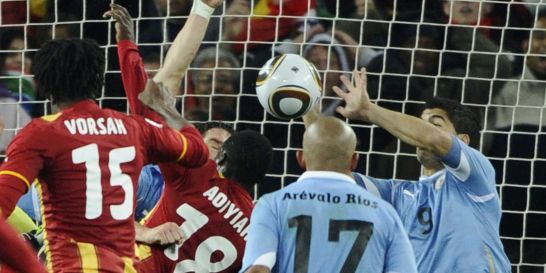 “The ‘Hand of God’ now belongs to me. Mine is the real ‘Hand Of God’. I made the best save of the tournament. Sometimes in training I play as a goalkeeper so it was worth it,” said Suarez. We’re not sports commentators. We’re just occasional soccer fans, and yesterday we were bummed out beyond belief. 3 million Uruguayans celebrate an unfair victory, while an entire continent mourns. Shame on FIFA as well for sticking to ridiculous and outdated rules. Why must football remain in the 19th century?!?!

On a more positive note, check back soon for footage from Accra right after Muntari’s goal at the end of the first half. MAYHEM!!! Photos by Ivan Sekretarev/Associated Press off of the NY Times’s site, and Dylan Martinez/Reuters from lemonde.fr.