DJ’s Do Guetto – Free Comp – A Slice of Luso History 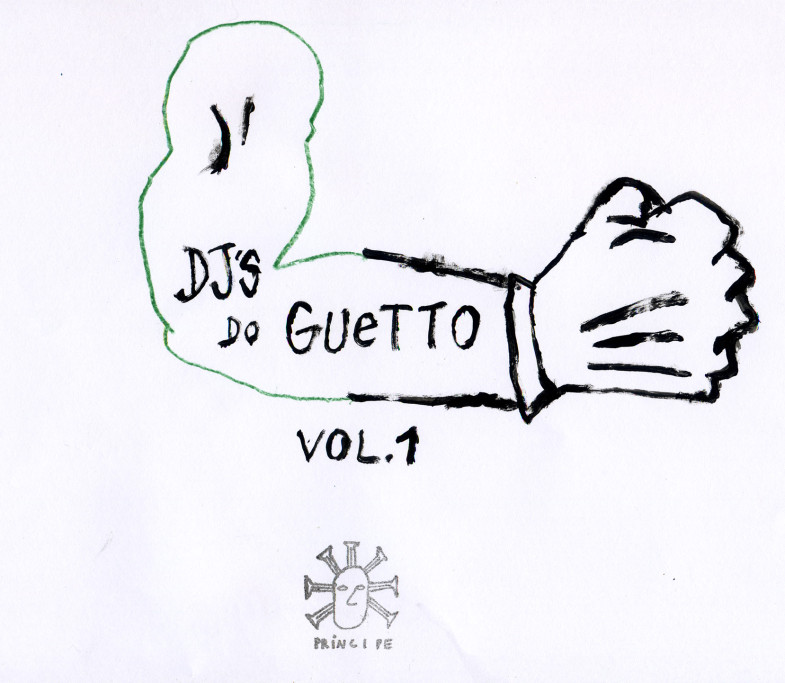 I don’t hate Elvis Presley. But if I were to explore the early days of rock’n’roll, he is not an artist I would spend much time on. Conversely, this post takes a minute away from Lisbon’s kuduro usual suspects, to focus on the underground artists that kept the crowds bumping, at a time when kuduro spread its wings in Portugal. Let’s go back to 2006, when the world discovered the term kuduro via Frédéric Galliano and Buraka Som Sistema‘s work.

I had some very interesting conversations about a year ago with DJ Marfox and the crew at Príncipe Discos, an outlet for dance music of the highest caliber based in Lisbon. The convo gave birth to a piece I wrote for This Is Africa, which essentially looked into how the various Lusophone sounds melted together in Lisbon, or more precisely, in its periphery.

While Buraka may be responsible for introducing the term kuduro to a wide global audience, it is heads like DJs Marfox, Nervoso, N.K., Fofuxo, Pausas and Jesse who spread their electronic, often kuduro-based sound at home. First throughout Lisbon’s periphery, and more recently, with their successful Noite Príncipe parties, to the center of Lisbon, and along with it, to the media and Portugal as a whole.

This comp comes days after Marfox’ impressive free Tarraxinha compilation, and is yet another important chapter in the history of electronic music in Portugal and the Lusophone world as a whole. Much respect to the Príncipe crew for giving us a chance to get schooled.

Here’s the full story in their own words:

Released on the first day of school, 18th September 2006, ‘Dj’s do Guetto Vol. 1′ is a crucial landmark in the history of Portuguese dance music. Not only was it one of the first few albums released in this country that spread itself in a very quick and vast manner through digital media, but it also united six prominent producers, inheritors of traditions that have been working in mutating geometries which are exclusive to Portugal.

Seven years ago, Marfox, Nervoso, N.k, Fofuxo, Pausas and Jesse were people processing the information coming in from kuduro, tarraxinha, house and techno, that they definitely turned into their own idiom. During this moment of time they formed a collective uniting several areas of Greater Lisbon and its surroundings, between where they were living and the high schools they attended – Portela, Chelas, Quinta do Mocho, Quinta da Fonte, Sacavém, Massamá, Damaia, Barcarena, Reboleira, Cacém, Queluz, Fonte da Prata, Barreiro and Paço de Arcos. After a short while it was commonplace to hear these sounds coming out of MP3 players and cars with ambitious soundsystems, not only in the capital but also throughout the afro-portuguese world.

The tracks that make out the more than two hours of explosive music presented here are essentially grounded in its instrumentals. Ruthless kuduro beats going at least at 130 BPMs and over, with the occasional tarraxo, funaná and kizomba in the mix. Still today they clearly sound like visionary and precocious works, if we think that these musicians were all under 21 years old at the time. As always, Lisbon remains a harbour, and it was here that Angolan electronic music, the disco culture outside of the heart of the city, an enormous fondness for bass, and both the party and the melancholy of the projects and the suburbs met.

The precision and care with the impact of the sound is impressive, millimetrically controlled in order to maximize the brutality of rhythm in any set of speakers. Rhythm is the essence of these compositions and the element that is all-transforming (alarm sirens, horror movie keyboards, kalimbas, cut-up voices, which are mutilated and cut-up again). Ranging in vibe and territory through universalist epics, works of pure percussive and amelodical austerity, grinded attacks towards dizzy spells and cardiac problems, there is a clear feeling here of wanting to imagine a music for your friends but also for a planet that is as yet untravelled. It is also there that this music’s strength resides, and, let’s start to get used to it, where its beauty comes from.

Needless to say that ‘Dj’s do Guetto Vol. 1′ hit hard on a lot of people. It is forever in the foundation of what constitutes afro-portuguese dance music, and it will continue to inform its future, as its present is so alive, and nearly everyone that is part of it heard this record with close attention. But there is a large piece of world yet to hear these 37 tracks, and there’s even more world that should now have a better way of understanding a history as important and recent of what makes out the music produced here and now. This history is still pretty much new, but we already have crucial music behind us which genesis is necessary to know, where it came from, for what reasons, why it is how it is, and what it caused. And music one must return to or get to know, as all which is contained in these sounds is still as fresh today as it was in the day the kids got back to school in September 2006.

This free digital reissue contains the files that survived PCs which have tragically passed away, the WAV files and Fruity Loops (amongst other software) projects from where this music was born out of and apparently lost forever. Being as it is, we tried to find the files with the best audio quality for each MP3 we now make available to you.

The title present in the original artwork of this compilation is written as being by the “Dj’s do Guetto”, though it was popularized through its creolized name, which is present in the titles of each shared file – “Dj’s di Guetto”. We chose to preserve the two versions in accordance with the original form of this music.