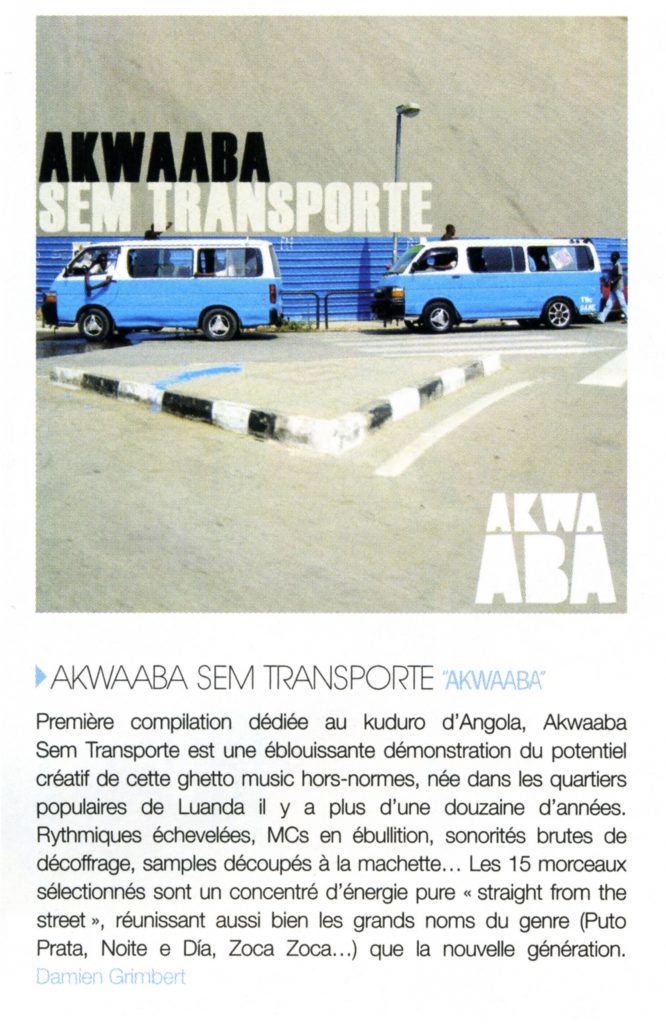 DJ UMB of Generation Bass takes the wheels and compresses our kuduro comp Akwaaba Sem Transporte into a 30 minute get yo azz up and get to work mix, perfect for this back to school season. So download it, or better yet, subscribe to our podcast (or subscribe directly in iTunes), listen to UMB’s mix and get on your ish!!!!

Lisbon, Portugal’s own DJ Mpula, host of the Radio Fazuma show, connects with the Akwaaba team to revisit the Angolan gems collected on Akwaaba Sem Transporte. Adding a dash of his own potent production, this mix is sure to get your body in motion. And sure to give Angolan kuduro new means of transportation, directly to your ears.

At last… Akwaaba unleashes a wild collection of bangers from Luanda, Angola. Some of the big names are on there, Puto Prata, Noite e Día, Zoca Zoca, but some new comers (Os Mais Potentes, Figura) and total newbies too (F4, Gelú-Six). The album is available for purchase in the iTunes store, and you can listen to it on Fairtilizer.