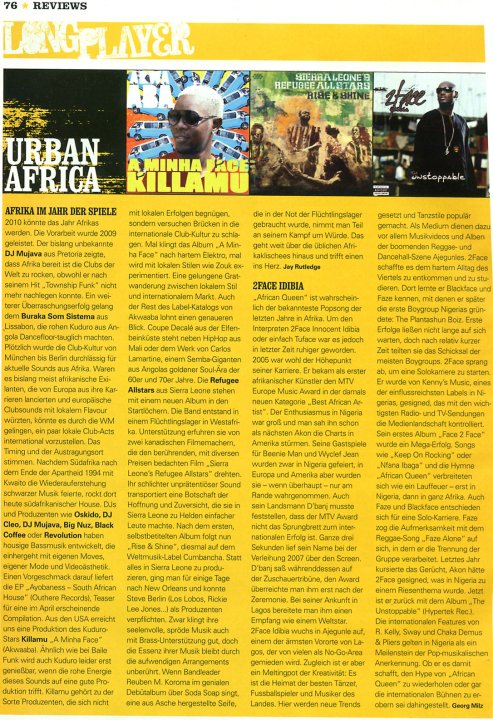 The review is in the paper mag, but apparently not on the website… thanks to our buddy Georg from Outhere Records for pointing this one out!! 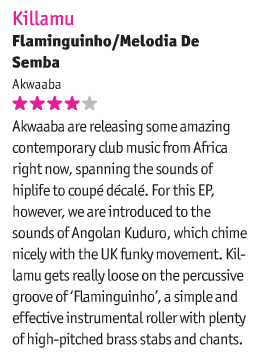 Thanks to Sinden for his review, this is our first baby step into DJ Magazine, hope to see more where this came from! 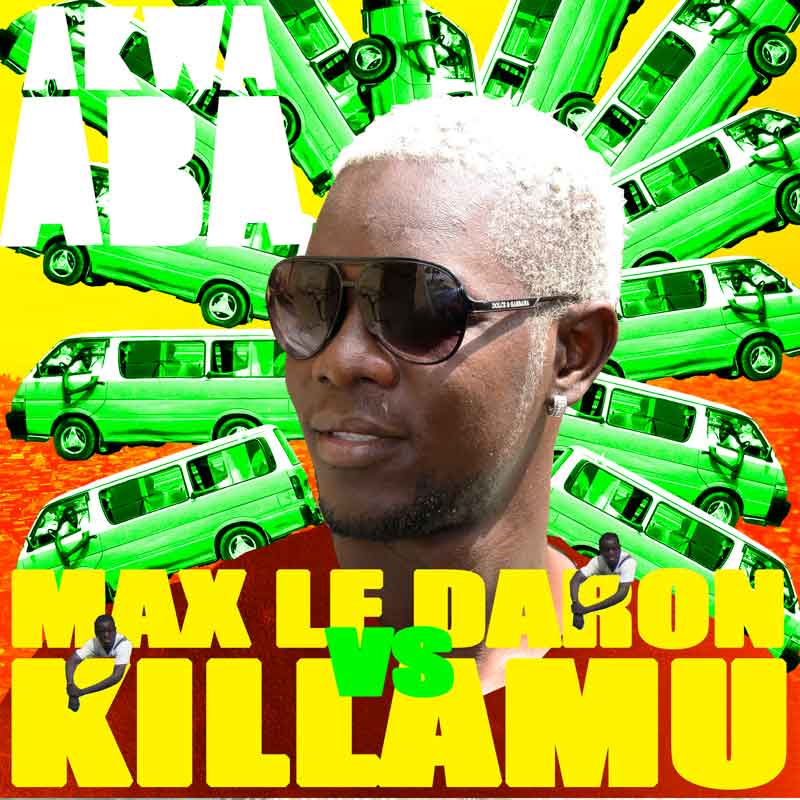 To be honest, we don’t really remember how Max showed up on our radar… did he ask for a Killamu promo? Did we comment on one of his pungent sets? How can it already be a blur?!?! Whatever the case may be, we’re glad we connected, this cat’s been making noise in Brussels with his MDD crew, pushing kuduro, cumbia, coupé décalé or kwaito, without neglecting European flavors such as uk funky, dubstep or grime. So Killamu fit right into his routine, and we hope you dig this mix!

Get the album in iTunes!

Killamu is one of the most respected kuduro beat makers in Angola. He has been part of the kuduro scene for ten years now, and started producing tracks for Gueto Produções with Mestre Ara eight years ago. The duo quickly established their production house as one of the very best in Luanda, collaborating with many of Angola’s most innovative kudurists: laying tracks for artists such as Puto Prata, Noite e Día and Fofandó & Saborosa, together they have paved the way for the next generation of hard-hitting, rhyme-spitting kuduro lyricists.

With a slew of hits behind his name, Killamu has become an unavoidable producer on the kuduro circuit. But as this album shows, his versatility allows him to explore sounds beyond kuduro, starting with kizomba (Angolan zouk), but also, and perhaps most importantly for Western audiences, his experimentations into more instrumental, electronic kuduro beats have definitely set him aside within Angola’s kuduro community.

Killamu’s full length album is coming out this Tuesday January 12. Til then, get your mouth watering as BBRAVE squeezes the album’s potency into a 30 minute set of pure 140bpm Angolan batidas… Pick your poison: Mixcloud, Soundcloud, Fairtilizer, or just stay here, listen a download!
[audio:http://dl.dropbox.com/u/330960/Music/killamu_mixtape.mp3]

Killamu: 10 years of kuduro in Angola

Akwaaba meets Killamu in front of his home and studio in Luanda, Angola. Killamu’s been making kuduro beats for close to a decade, and explains the stories and realities of kuduro in Angola today. We highly recommend you watch the video in HD on Vimeo!