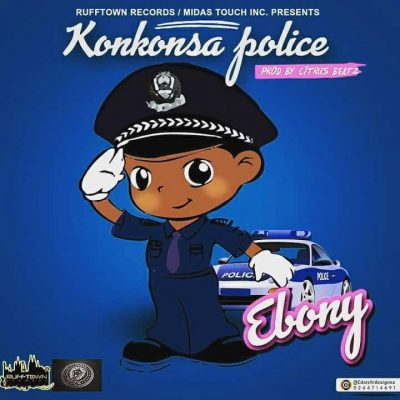 Lala Shishi – explain the song, in Ga. Every week, we shed some light on the meaning of current hits in and out of Ghana: many bangers have an underlying message or social commentary, carried out using sophisticated and ever evolving wordplay – an aspect that is vastly lost in translation. The music videos don’t always unlock the true meaning or intricacies of hit songs, and lyrics alone are not always enough to understand the numerous double entendre and wordplays, so… here we go!

The late Ghanaian Dancehall diva Ebony Reigns is the first woman to be crowned Artist of the year at  the Ghana Music Awards. Ebony’s Konkonsa [gossip] Police was released after her demise. She ironically compares gossiping to Ghanaian police: the assumption in Ghana is that people love to hear bad news about celebrities, the same way Ghanaian police has been known to find fake faults on vehicles, in order to threaten drivers with court fines, with the intention of taking bribes.

In her rise to fame Ebony was the subject of lots of controversy, the media has paid close attention to her act on stage as well as off stage, often criticizing her lifestyle in general.

Whatever you say, I will just hum

Me, I just dey do my thing oh efa wo ho b3n[whats your problem)

This girl, I hear say she be Ash’ enu nsu fa wo b3n

SHS, she no finish ohh enu nsu fa wo b3n

I got doe get too much money, efa wo ho b3n

Bullet too get Bugatti, efa wo ho b3n

Whatever people say about me, have not seen or heard what they say

About the Author: Richmond Mensah