Back to Marçal, Chefe Kamone 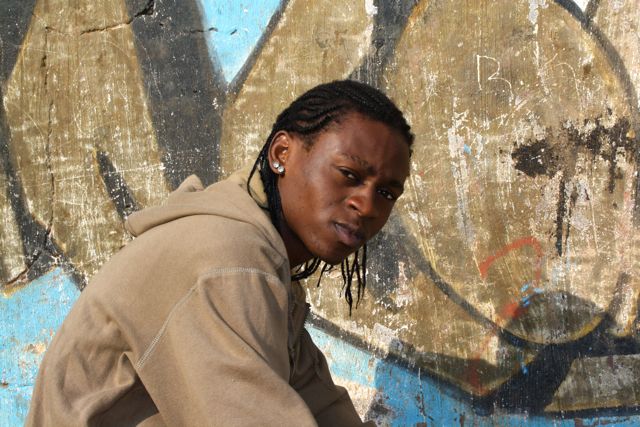 On a kuduro map of Luanda, Marçal is unavoidable, and within Marçal, Kamone is a mainstay. We first met him at TV Marçal, and this picture was taken by his house, a couple of blocks away. Kids passed by screaming his name out loud, singing his songs, then stayed around to watch the photo shoot…. foreigners are not exactly a common sight around there, let alone foreigners with a camera hanging with one of the bairro’s kuduro princes.

Kamone is one of the friendliest and most easy going kudurists we met in Luanda. He is very eager to spread his music outside of Angola, s from the first time we met he’s been very interested in Akwaaba’s work. As we’ve seen so many times in Angola and Africa, there are so few – if any – opportunities for most of these musicians outside of their land, so once we establish enough trust, we can start spreading the music.

As the kids of Marçal say, “Tote, voce ta Tote”