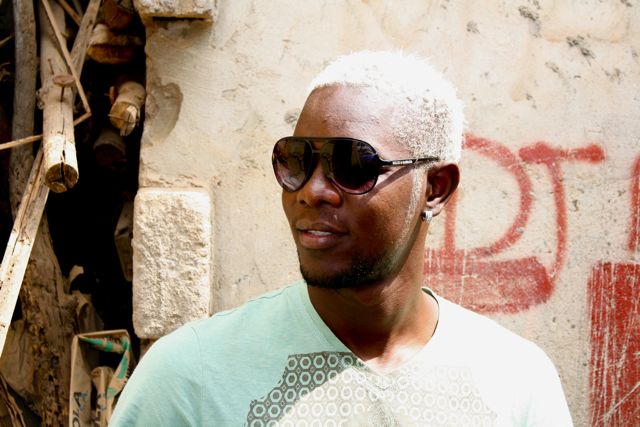 DJ Killamu and Mestre Ara form Guetto Produções, a fully independent studio with some of the biggest names in kuduro. This picture was taken outside the studio, at Killamu’s house in Rangel. Rangel is a municipio famous for its kudurists and DJs, kids flock from all over Luanda to record in studios like Killamu’s. Now this guy… anybody who’s listened to kuduro should know about him. He’s been around for a decade, has made beats for the biggest names in kuduro, Noite Día, Puto Prata, and now a HUGE hit by Big Nelo and Vagabanda. Killamu’s production is more minimal and a little more crossover than most, he uses more synths, and has a pretty clean sound… at least as clean as Angolan kuduro goes!