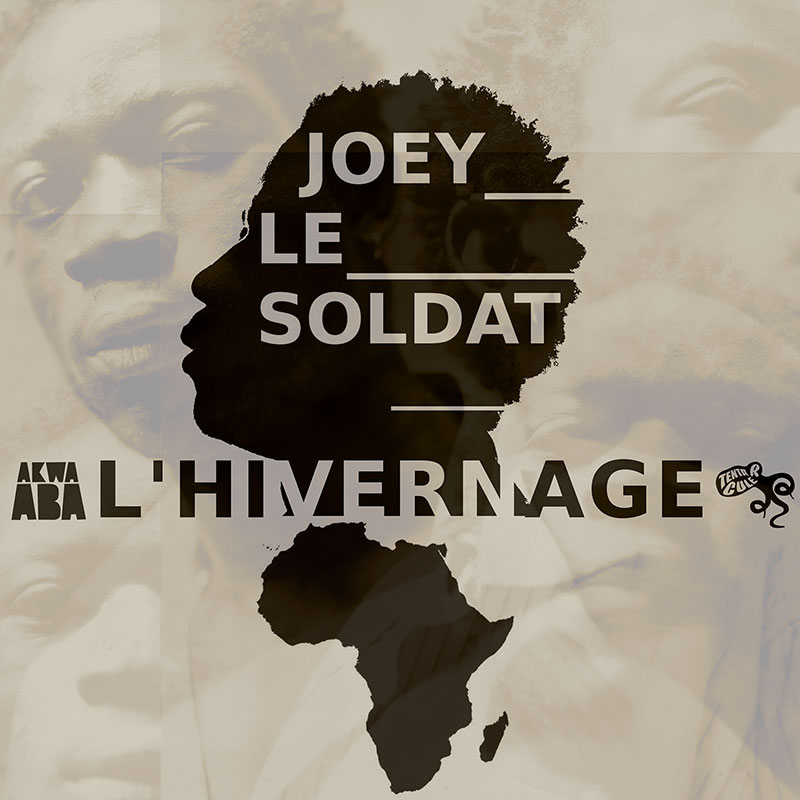 From the album Burkin Bâ out February 11.

« L’Hivernage [the rainy season] is a return to the childhood village. Joey praises the merits of the bountiful rain, saying at the heart of the hot season, rainfall can always come. Before him, Creedence Clearwater Revival sang Who’ll Stop The Rain, a metaphor asking who would stop the Vietnam war, right as the Nixon presidency disintegrated. Today, Joey Le Soldat says in essence that all forms of hope are allowed, even within the harshest of conditions. There is no doubt the recent January 18 demonstrations, during which rain came miraculously, are nourishing this hope for change. Far from a grumbling, rearguard battle, Joey Le Soldat and a handful of other African rappers are writing the soundtrack of a future where everything now seems possible. »

First Verse:
A big cloud darkens nature
I invoke: come, cloud, to water the land
Come down so the season is good
It’s the rainy season, the weather is gentle, the grasses have grown back
Goodbye great heat
In the Mossi language we say
« when the fig tree recovers its leaves the rainy season is coming »
So farmer, hang on and don’t let go
I know it’s hard at times but your craft is noble
By these words I come to praise your work

Second Verse:
In my land it’s the rainy season
Mother nature wore her prettiest dress
I admire her greeneries
It is raining in my village
Goodbye April heat, long period of heat
Rainy season in our villages
From the morning and the rooster’s crow
Man, woman and child
A cart and a donkey are back on the road to the fields

It is raining in my village
Me, from my window
I’m looking at the rain.