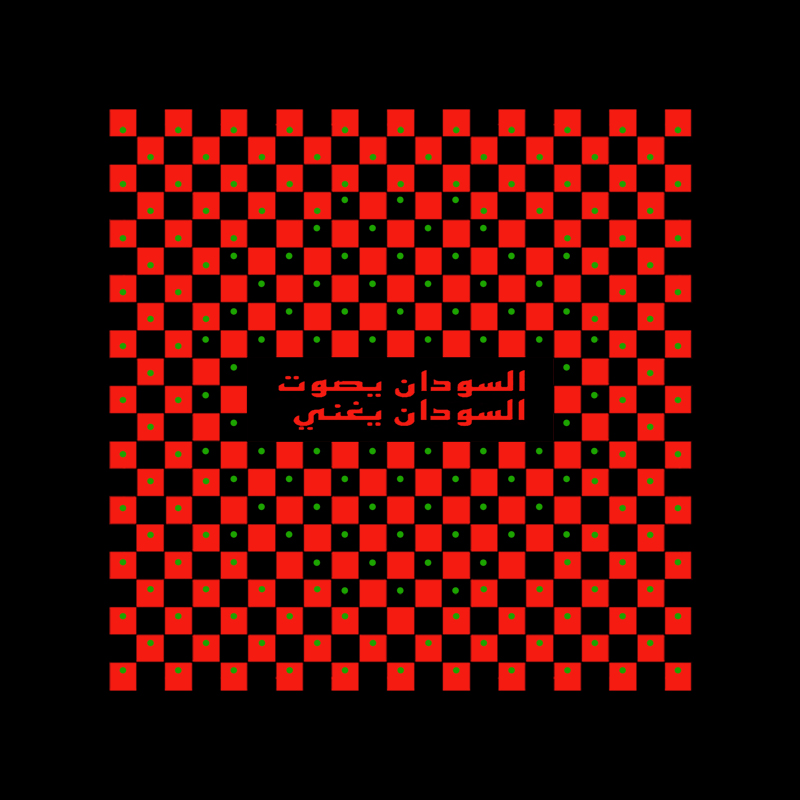 We have a few things to celebrate here. First of all, let’s welcome South Sudan, the world’s newest nation, which comes into existence this Saturday July 9. Please do yourself a favor and indulge into spending a few minutes on South Sudan’s Wikipedia page. In most people’s minds, Sudan rhymes with… dead bodies? Darfur conflict? Telecom giant? Musical hotbed, not so much. So let’s celebrate Sudan, AGAIN, as this little release helps to open a sliver of a door onto the abundantly rich Sudanese culture.

Now, before purists get out of hand, let’s just say it: this is a highly stylized version of Sudanese folklore, one that has been mashed up by excellent sound magicians. First up, we’ve got Neo Project #2, a mysterious new alias for the almighty Tyler Pope, of !!!, LCD Soundsystem, Hercules & Love Affair and Out Hud fame. Who knew: Tyler’s been messing around with West African sounds, so he hit it off when he met Wahib Soumade of M.I.C.T. (Media in Cooperation and Transition) in Berlin, the dood also responsible for the massive 2 first volumes of the Sudan Votes Music Hopes (SVMH) series. The first one on Innervisions featured remixes of Emmanuel Jal by Henrik Schwarz and The Knife‘s Olof Dreijer. If you spent more than 3 minutes in Berlin last year you probably heard both. If you didn’t, well, you wish you had. The second one is also a raw morsel of radness, with a wild remix by Dal-Gren and Kirikoo Des. Take a deep breath:

Back to the release on hand. Tyler teams up with Alsarah, a Khartoum-born artist now based in Brooklyn, after having spent time in places such as Yemen, widening her deep knowledge of East African and Middle Eastern traditional music. Today she sings and writes, and is due to release an album of Zanzibar-style taarab later this year. So do stay tuned.

The B-side features one of Sudan’s heavyweights, Yousif Elmosley, a gentleman who started out singing as he watched over his herd of sheep on the banks of the Nile as a teenager. We won’t give you his full bio, it has already been well written right here. Yousif gets the Berliner house treatment courtesy of producer/DJ Edward, a regular figure on the Berlin circuit. And last but certainly not least, the amazing cover is by Parisian designer Paul Hamy, who had already worked with SVMH on the previous EP.

So done, you got your feet wet! Feels warm doesn’t it?