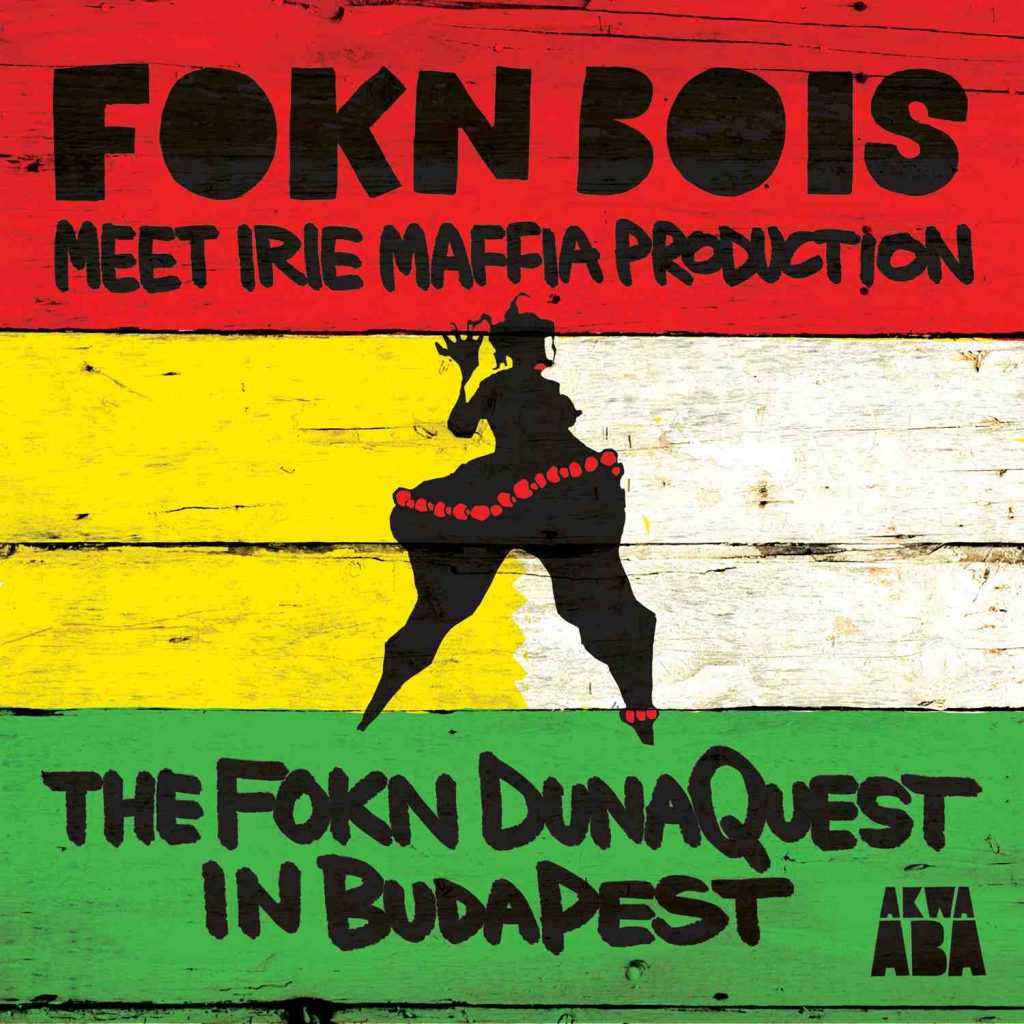 After running around Accra because of money, the FOKN Bois left for Budapest, hungry on a quest to find the finest duna (arse). They were kidnapped by the infamous Irie Maffia, a notorious band of musicians, singers, songwriters, deejays, producers, rappers…and fed only palinka and bread in a hot studio in the nippy Buda hills close to Angelina Jolie and Brad Pitt’s home.

In 5 days they were forced to do 4 gigs and record 8 tracks… It was sleepless hell… They managed to escape when the producer, Elo Marton, who was trying to water board more lyrics out of the exhausted FOKN Bois at a Turkish bath, absentmindedly gazed at singer/songwriter Sena’s duna as she sauntered by distractingly.

Now the tracks are out and sound so good that the FOKN Bois have forgiven Irie Maffia for the conditions by which this beautiful record came together.  In their words: “We see demma Maffia side, but now everything be Irie.”

The FOKN Dunaquest in Budapest is a sonic Hiphop/Dance/Afropop adventure from Budapest to Bucharest, Brenham to Boston and Bolgatanga to Bubuashie! Eastern Europe meets West Africa…apio meets palinka. Ha!!!

Grab FOKN Future for free – we just ask for your email, and we won’t share it, promise!

Past posts about FOKN Bois: