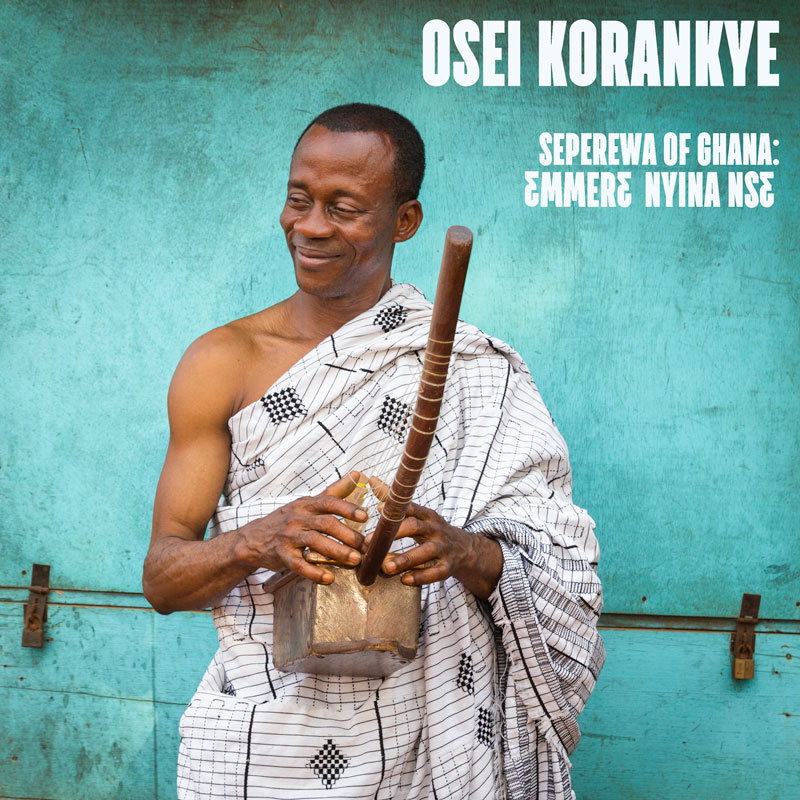 Osei Korankye is the captivating flag bearer of Ghana’s seperewa tradition. The seperewa is the harp of the Ashanti and Akan people of Ghana. The instrument descended from the Sahelian north, prospered for centuries among various Akan groups, then almost disappeared as guitar playing spread from the coast.

Here is an introduction to Osei Korankye and his instrument, as told by musician and producer Colter Harper, who made this album come to life:

„I was surprised when Ghanaian friends would ask me where the seperewa was from. It goes to show that the instrument, once widely played in Ghana’s Ashanti region, has faded from public memory after being replaced by the guitar in the early 20th century.

As a fan of the harp traditions of the Sahel and Sahara, the seperewa gave me a way of hearing how these styles had filtered down to the West African coast and been shaped by Akan languages, dances, rhythms, and philosophies.

Osei has dedicated his life to carrying this tradition forward as well as sharing it with Ghanaian and Western students. His artistry and humility is readily apparent in this recording, which we hope will make new fans of the seperewa – both at home and abroad.“ (Colter Harper, Jan 2016)

on Februar 16 | by benjamin