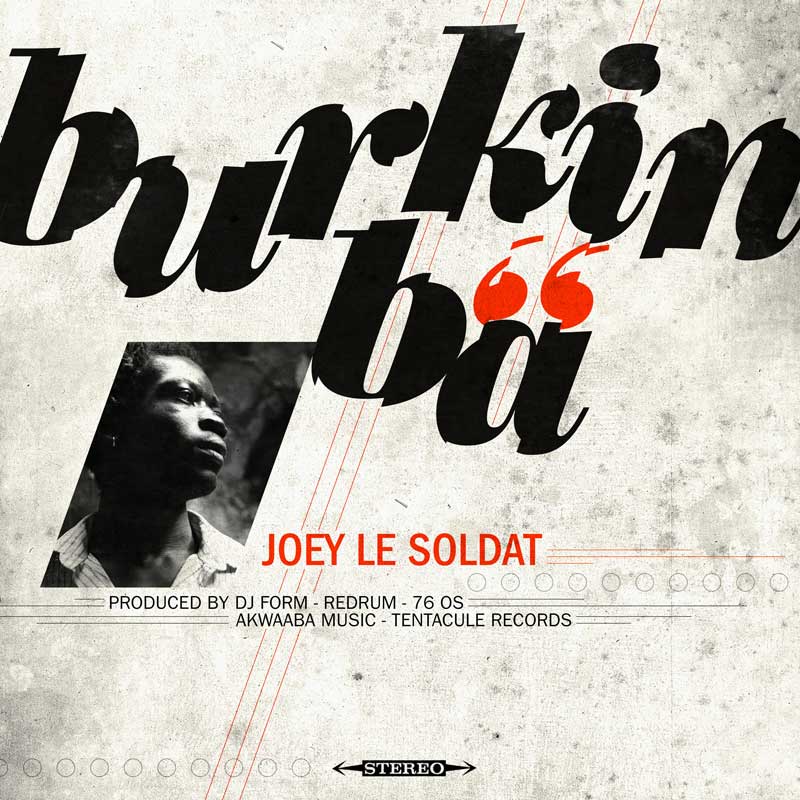 « They told me Soldat, you want to become a star ? – Then you have to rap in French or English – I should forget where I’m from ?». Determined words by this former French literature student at the University of Ouagadougou, son of a Burkina Faso Independence fighter, and grandson of a Burkinabé tirailleur, proud of his language and culture.

Joey Le Soldat is hip hop at his very core. For over a decade, he has been fine tuning his craft, first as a member of various rap groups in his teen years, then gravitating among Ouagadouhou’s underground sound systems and freestyle sessions. In 2009 he wins the Waga Hip Hop Festival clash contest award. Impressive live, he has shared the stage with Gaël Faye, Casey or legendary New York group Das EFX, during his last French tour with Art Melody and their band Waga 3000. Burkin Bâ propels Joey Le Soldat among the African artists shaping the sound of tomorrow.