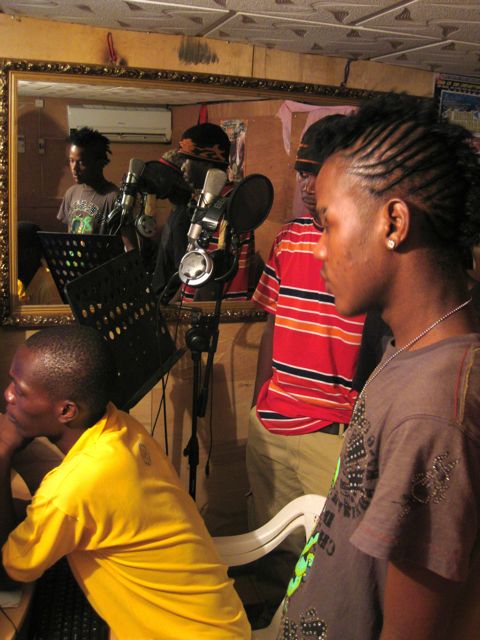 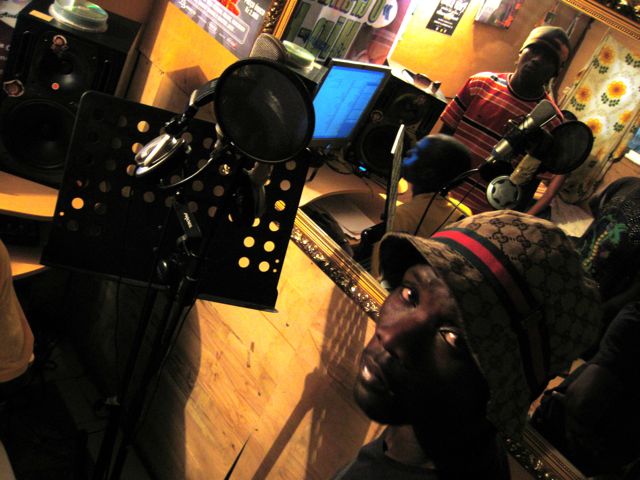 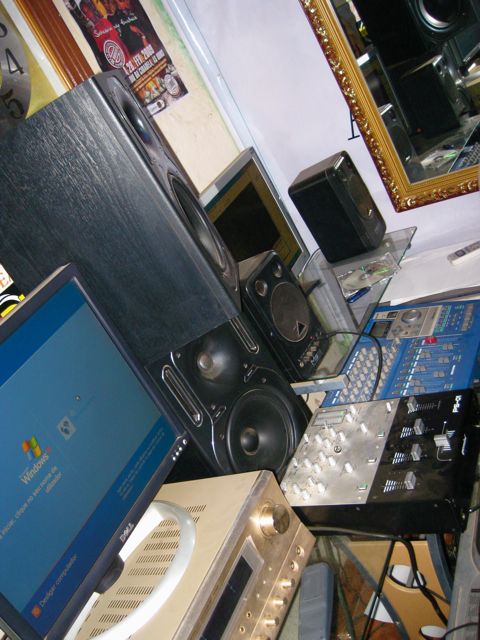 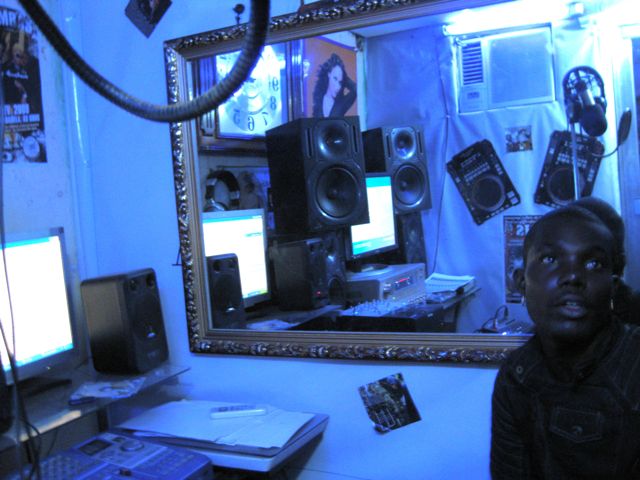 DJ Fofo in the studio

On our travels throughout Africa, we’ve seen plenty of home studios where coupé décalé, hiplife and now kuduro hits are made. The studios are usually tiny, the PCs tend to crash a lot (what else is new), the speakers scream and the saturated bass rumbles. And singers, rappers flock to these studios to record songs, usually for $100 or so per track depending on the DJ and the country.

In Luanda, there are plenty of kuduro DJs, but many of them, and many of the more successful ones, live in Rangel and Marçal: DJ Fofu (DJ Fofeira) & DJ Stan, Dj Kobe & DJ Hernany, DJ Prole, DJ Bobo G, DJ Buda, Killamu… the list could go on. In the photos above, you can see the largest kuduro studio we saw, DJ Kobe’s spot, which he built inside a metal shipping container. It comes equipped with AC and… a bed, for happy ending studio sessions!

DJ Fofu’s setup is more typical: blue neon light, a large mirror to give the impression that 6 people are not crammed in 2 square meters… Every single time we went to the studio, there were a handful of kudurists waiting to record. Like a doctor’s office. Doors open at 8am, and Fofu and Stan keep at it until about 10pm every day. Plus DJ gigs on the week end, which rarely end before dawn… so it’s a busy schedule for these cats. And you’ll take notice when you listen to recent kuduro tracks, a „DJ Stan“ vocoder or „DJ FOFEIRA“ shout is almost mandatory for any respectable kuduro album!