Mamou is a djelimousso or griot from the Wassoulou region of south-east Mali. For about 30 years now the region has been a musical hotbed for experimentation, where Manding and Peul traditions are fused with western instruments. Mamou started singing to encourage workers in the fields, before heading to the big city, Bamako, where she sang as a back-up singer for Malian star Oumou Sangaré.  Mamou eventually left Oumou to develop her own style. Today, she’s considered one of Mali’s song divas.

Her song Bakoye is sung in her native sonrai, a language spoken mainly around the Niger river in Mali, Niger and Benin. Bakoye tells the story of an established shepherd, who despite his large herd and abundant pastures is seeking adventure. 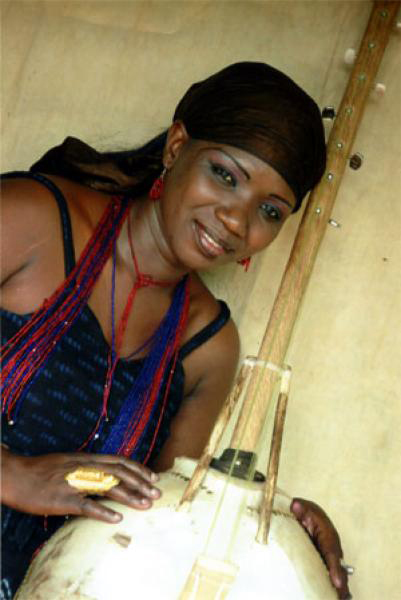