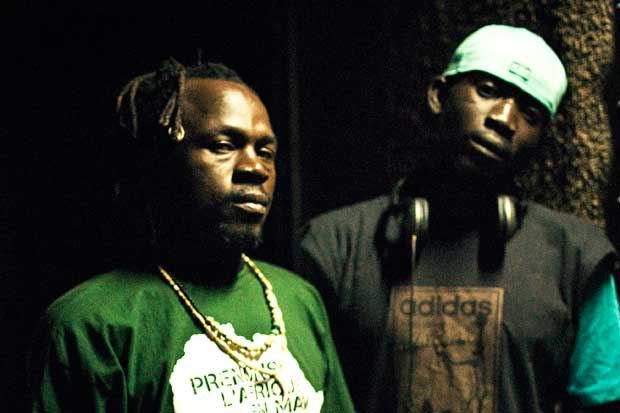 Remain strong and feisty. The meaning of “Dale Fo Yi Kin Dao” hits you as soon as the cold but punchy beat starts. This song is the first release by Waga 3000. It’s average hip hop from Burkina Faso, and it’s very obvious, very fast. I say this, but I know close to nothing about hip hop in Burkina. I do know the underground scene is strong, and more generally hip hop is really taking roots among the youth. Sounds promising, but in practice most of what I’ve heard hasn’t really caught my attention. I’m biased though, much more interested in beats than lyrics, and I find that too often, the beats—and more importantly, the vibe—aren’t up to par. But “Dale Fo Yi Kin Dao”‘s tight production and wicked flows did catch my attention—I had to know how it came about.

To best understand, we have to rewind a bit. First in Burkina, where culture is traditionally carried on by the griots—singers, story tellers, poets, musicians—stories and songs to travel through time, to this day. It’s no coincidence that Art Melody, lead rapper for Waga 3000, is the son of a griot woman. He’s been singing since childhood, and found hip hop at a young age as well. Burkina is a landlocked country, one of the poorest in Africa, and like many, Art Melody tried to find his way to Europe to earn a better living and send money back home.

He never made it to Europe, and was arrested in Algeria. But he did travel through parts of West Africa where hip hop was already very lively: Senegal, Cote d’Ivoire and Mauritania. When he returned to Burkina, Melody incorporated the flows he’d heard, often inspired by US rappers such as Nas or Mobb Deep, with the griot singing he grew up with. He raps in Moré and dioula and calls it Warbarap. 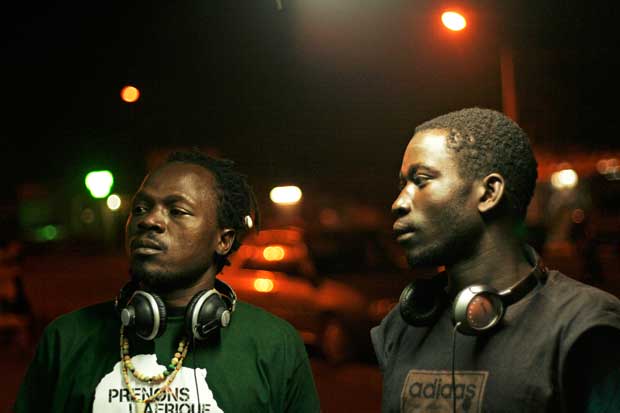 Joey le Soldat (Joey the Soldier), is a strong voice among the younger generation of Burkinabé MCs. Like many in Burkina’s capital Ouagadougou, Joey holds a diploma, but cannot find work. He represents a generation disappointed by the government, a sentiment which also culminated in demonstrations early last year.

The name of the group hints at Ouaga 2000, a modern settlement which has become an instrument of government propaganda. Ouaga 2000 is home to the presidential palace and luxurious, often deserted estates. It also reflects the blingy attitude favored by mainstream rappers in Burkina. Waga 3000 are heirs of Burkinabé revolutionary leader Thomas Sankara. Their voice is socially engaged, never afraid to speak up, and incorporates cultural heritage with pride.

Now let’s move to France. The second-largest hip hop market in the world, and often a significant catalyst for rap in francophone African countries. Someone like Mokobé, who grew up in the suburbs of Paris, is a mainstream name in France, and a figure many look up to throughout Africa. Further from the spotlight, I’ve met a lot of French cats involved with hip hop in West Africa, especially Senegal and Burkina.

In this case it’s Nicolas Guibert, who has been taveling to Burkina for four years. Guibert created Tentacule Records, and is responsible for hooking up Art Melody with his producer, Redrum. Eventually Guibert’s brother DJ Form joined the fold and the group of three—Art Melody, Joey Le Soldat, DJ Form—formed Waga 3000. The Frenchies came to record in Burkina, and mixed the songs in France.

“Cold heat.” This is how Guibert refers to the ambiance created by the white and blue neon lightbulbs you find all over Africa. “I was very sensitive to this light and what it created,” he says. That vibe is the inspiration for Waga 3000′s metallic, retro-futuristic sound. That, and some 1980s Miami bass and Blade Runner-style soundtracks. The goal for everyone involved is to allow voices from Burkina to shine beyond world music and reggae festivals. As Guibert puts it, “The African youth is like the rest of the world, it listens to rap, soul, rock, techno, without forgetting its roots.” He adds, “Art Melody and Joey le Soldat, without forgetting their ancestors and their culture, look at the future and took great pleasure in working on this album without djembes or kora.” So, for those who can enjoy music from a griot who does not play the kora or the ngoni, say hello to the neon lights.