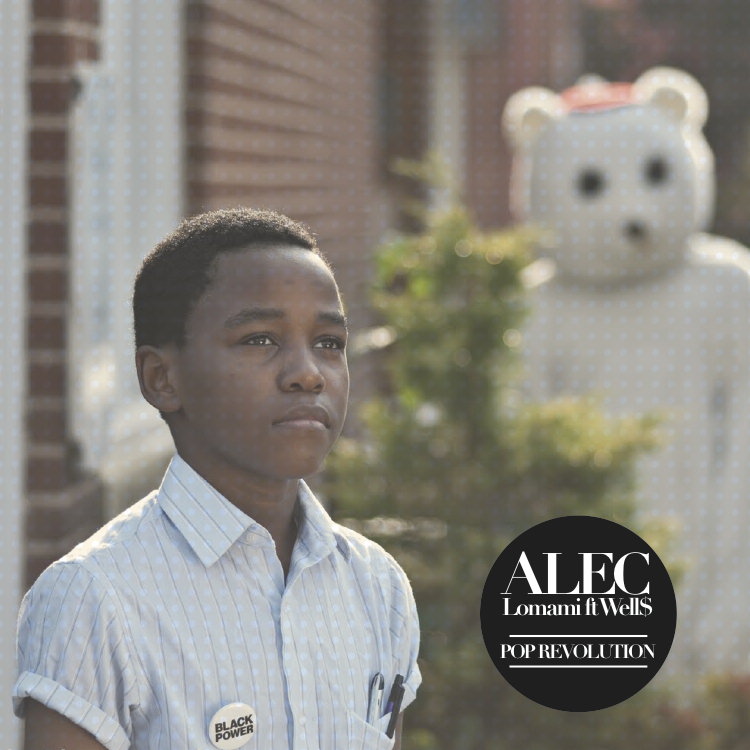 It’s been a few months since the Fader article about Alec Lomami was published, and by now, his green card situation should have been sorted. Well, it hasn’t. And rather than choose to go to court to fight his asylum case again, Alec decided to avoid dealing with judges this time, and leave the US for some time until the situation is sorted. So today he flies to Zimbabwe. Not before releasing another tune however…

Pop Revolution is a song he recorded while he was in New York, surrounded by creative Africans: film makers, fashioned designers, writers, musicians. As Alec puts it: „It felt like I was part of a renaissance of some sorts, so part of me wanted to capture that moment in a song.“ But there was a lot more going on at that time: „I was also monitoring the elections back home [DRC], I saw something I’ve never really seen the Congolese do before. Generally we are pretty easy going, we are known for wanting to party our problems away, but this time it seemed like people were tired and couldn’t take it anymore. So I wanted to capture that as well.“

Yet Alec doesn’t try to do political songs: „Not that I don’t care about politics, but when it comes to music, I have an existential approach to it, it’s pretty narcissistic. It’s a mean by which I’m purging my own demons, it’s the space where I allow myself to express my emotions.“ And Alec also deliberately chooses to make pop music, which „has been known for being simple, and with no depth. While African Hip Hop has played a huge role fighting the powers that be. So, I wanted to keep the simple approach that many pop songs have but without being simplistic. I did a pop song while bringing a meaningful message. “

The song features Alec’s cousin Well$, a Congolese American based in Charlotte, North Carolina, whom Alec is producing. And the beat is by Hervé Wala of SoulStarZmuseeQ, a production outfit based out of Belgium, who contacted Alec some time ago to collaborate on a track. Done! Bam! Pop Revolution!