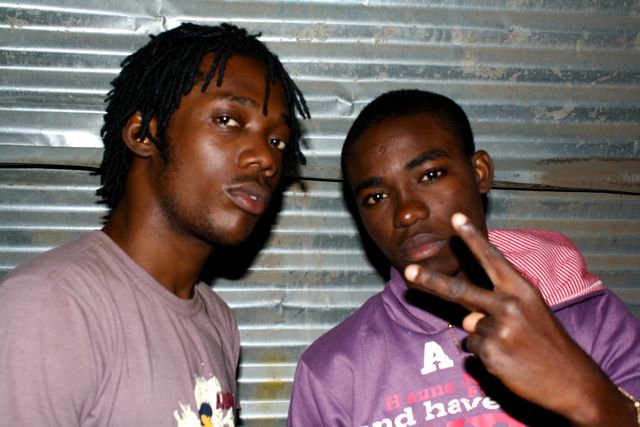 We met Beto AC (left) and Bebo Clone (right) a couple weeks ago through Telmo, we mentioned their song Vem Ca, which has been blasting through Luanda for the past few months, and Telmo made it happen, getting us a meeting with them the next day. These kids are super chill, very enthusiastic about their music, relatively new to the game (3 years), but rising quickly. They come from the Cassenda barrio, which is not a traditional stronghold for kuduro, but now  with help from these cats it’s definitely on the map. Among others, they work with Dred Man-Gi, a lesser known yet quite talented DJ and producer, who took us to his studio and shared a few beats with us. 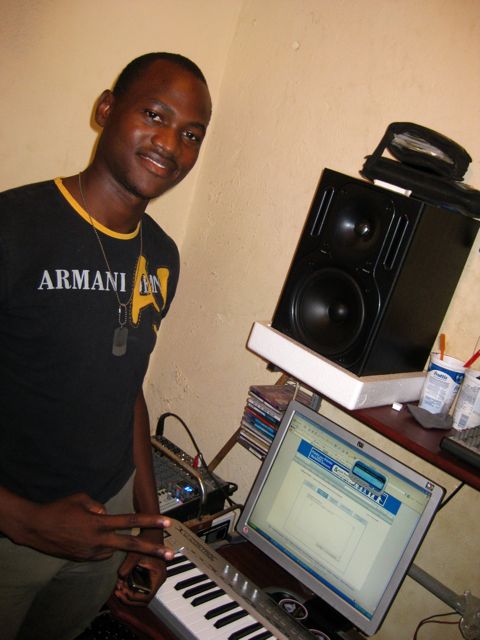