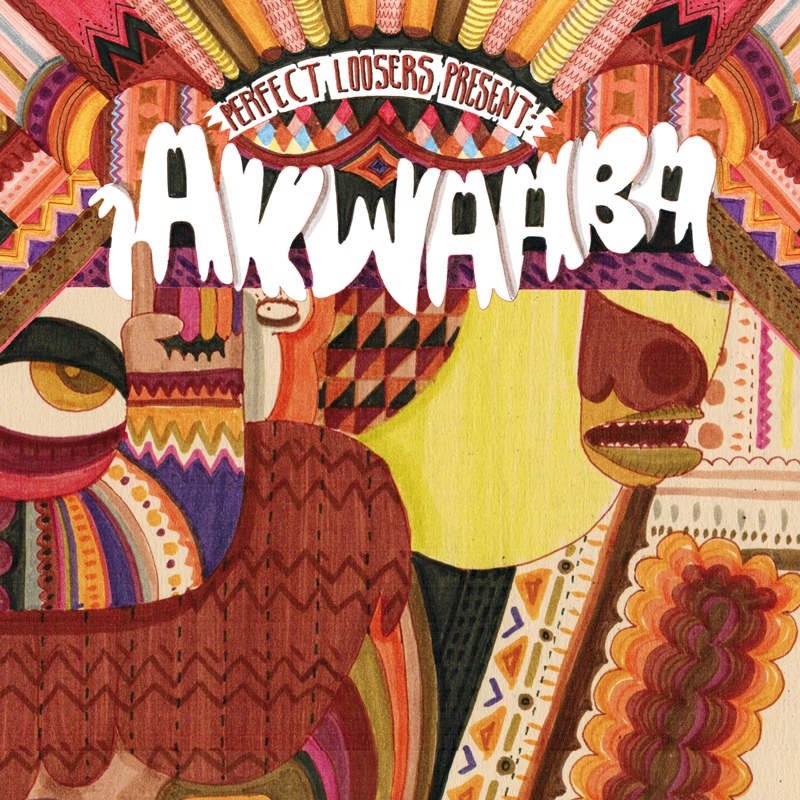 It all started one year ago, Akwaaba head dood Benjamin Lebrave met up with the Perfect Loosers in their studio right outside of Paris. He came with a mountain of songs by Ahmed Fofana, Baba Salah and Onyenze. Treasures he’d accumulated on his travels to West Africa. And he met an enthusiastic trio: Waly had been fed Tunisian music since birth, Mast grew up listening to his Congolese step dad’s addictive soukous jams. He also ripped walls with Sigisbert Tartanpion, his head filled with the Caribbean sounds of his parents.

At the time, the Perfect Loosers had already made a remix for Angolan kuduro artist Ze Bula, but clearly they were hungry for much more. And it really didn’t take much for this impromptu meeting to give birth to yet another project in the Akwaaba constellation. With such a diverse musical background, connections in the international DJ and club circuit, and the skills to create dancefloor killers and the artwork to go with it, the trio agreed to go a few steps beyond remixing, and piece together a full length compilation where Africa would meet the club.

The concept is to let artists and producers from around the world rethink handpicked, eclectic West African songs. With one rule: staying away from bland, uninspired “world music remixed” releases. Instead tapping into a bubbling scene of up and coming artists, not only receptive but more importantly inspired by music from Africa.

The stems were a mess, the artists had jam-packed schedules of projects, yet month after month, the album took shape. The result is a diverse blend of club aesthetics and African tradition. Not some trendy, artificial music: it is the sum of creations by original artists with deep musical roots. Artists from Europe and North America – as usual, but also from Africa itself, Latin America and the Middle East. Pushing Akwaaba’s mission further in connecting the dots between artists and music lovers around the world.